the role of government in eradicating building collapse

This study reviews current challenges in the building industry in relation to collapse of buildings, loss of lives and properties. Data for the study were obtained through both primary and secondary means and through questioners administered to various professionals. The paper examines the increasing incidences of building collapse in Nigeria. The paper attributes the rising incidents of building collapse to the use of substandard building materials and incompetent professionals in construction activities, the refusal of the wider society to recognize professionalism and pay for the services and the attitude of the building contractors and other stakeholders as the major problem. 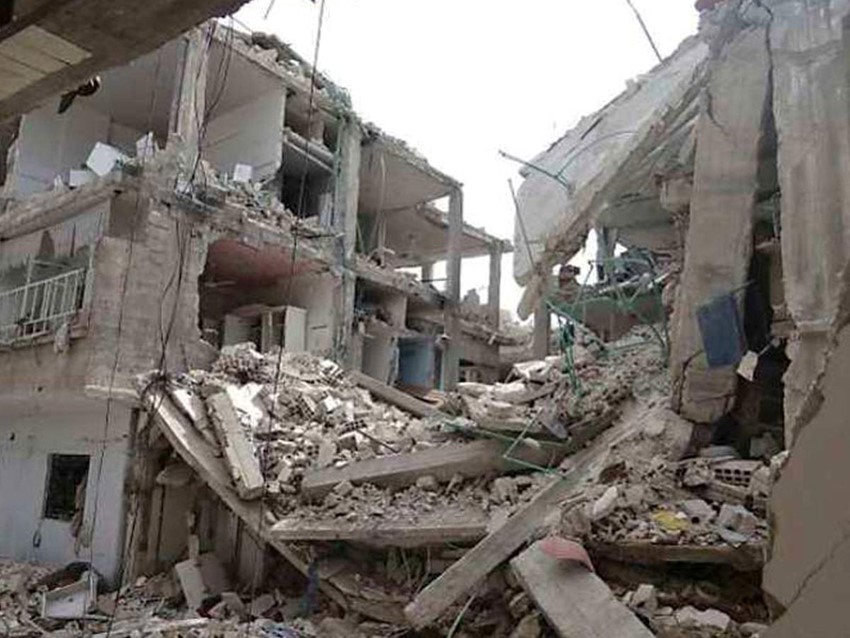 A building, once properly constructed is expected to be in use for a very long time. Although every society has its own problems yet the very recent challenges of buildings collapsing in various locations have been giving the various arms of government and the people sleepless nights in view of the enormous loss of huge investments in housing, properties and human life. The major challenge on the issue of building collapse differ radically from one another on the professionals involves. This study reviews current challenges in the building industry in relation to collapse of buildings, loss of lives and properties. Data for the study were obtained through both primary and secondary means and through questioners administered to various professionals. The paper examines the increasing incidences of building collapse in Nigeria. The paper attributes the rising incidents of building collapse to the use of substandard building materials and incompetent professionals in construction activities, the refusal of the wider society to recognize professionalism and pay for the services and the attitude of the building contractors and other stakeholders as the major problem.

1.1 BACKGROUND OF THE STUDY

The Nigerian experience has shown that buildings collapse have taken a lot of lives and properties hence, the need to stop the large increase in the number of buildings collapsing in the country. There has been series of buildings collapse in Nigeria from North to South, East to West. These ugly incidences that have now become some reoccurring issues all over Nigeria have sent a lot of Nigerians to their early graves and have equally turned hundreds to disables and also made them homeless.

Housing is widely ranked among the most critical factors that determine the quality of life and welfare of people and societies. It is critical to meeting the social, cultural, economic and environmental needs of the people and influences the wellbeing, health and security of both the present and future generations. Housing is therefore central to the concept of sustainable development, given its complex web of relationship with the four factors of sustainability, namely social, economic, cultural and environmental. The question of housing is of paramount concern to governments across the globe. In Nigeria for instance, all successive governments since independence highlighted housing as a major priority. Unfortunately for over 54 years of its independence, Nigeria is still grabbling with housing crises. The ever mounting crisis in the housing sector of Nigeria has been in various dimensions, which range from absolute housing unit shortages, to the emergence and proliferation of the squatter settlements and slums, the rising cost of housing rent and the building collapse.

Whenever this ugly monster shows its face stakeholders always look for whom to blame, because this incidences of collapse buildings has continued to “embarrass” professionals and stakeholder alike in the construction industry. Most times, the largest proportion of the blame goes to the institutions that are responsible for the training of professionals in the building industry. No one is ready to accept the blame. Infact, they prefer shifting the blames on each other. There should be urgent need to set in motion a mechanism that would ensure that the incidences of collapse building is eradicated or reduced to best minimum.

Buildings are designed to satisfy the functional objectives of safety, serviceability and economy, and the whole process of building production is capital intensive and can only be appreciated by a professional Builder (Okereke, 2011). In a related development, Obiegbu (2012) stated that the construction process involves designing and implementing a building project from its conception to completion to correspond with the client’s desire. He further stated that the process consists of many stages, requiring the joint effort of many parties (professionals). The large number of participants is the result of the wide range of expertise needed.

However, it is the work of the architect, builder and the structural engineer to ensure that the structures will not be liable to collapse, Failure in design is often attributed to coincidence of factors rather than just a single cause, a greater attention is being placed on design errors or inadequacies, where a major factor may lead to the chain of events leading to collapse of the building. The cause of the above is obviously structural and is common in state and country, as a result of quacks that practice as structural engineers, builders and architects. These quacks often   make errors in their assumptions regarding loading and flexural conditions, coupled with poor detailing and drafting, carelessness in treatment of constructions, improper location, inadequate attention to thermal and shrinkage effects; others are inadequate site investigation, improper planning and absence of professionals to give the technical input, improper selection of materials and  lack of maintenance.

A look at most collapsed buildings, shown that often; it is the absence of building code and regulation leading to collapse, mostly due to structural issues. According to Parker Gay, Mac Guire (1958), negligence and ignorance constitute building collapse in Nigeria. Majority of owners of collapse buildings are illiterates who are ignorant of the existence of professionals in the building industry. Failure in building also occurs as a result of misuse of buildings e.g buildings of different structural designs serve different purpose; structural design for residential building is different from industrial building.

Despite the various efforts, the rate of building collapse to date has continued   unabated. Government at all levels have not shown or displayed concern for the ugly occurrences. Most designs and plans are good but no   monitoring and supervision. Most time, owners of buildings and other professionals want to   cut corners however they can. How can good quality work be guaranteed when there is no sincerity on the part of those involved and professionals are not allowed to the jobs.

The cost of building collapse is enormous, ranging from loss of lives and property to waste of personal income and national economy (Sani-sidi 2013). The need to arrest this ugly situation in our nation should be expedient; in this regards, this paper will x-ray the causes of building collapse in Nigeria and identify the role the government in curbing it.

1.2 STATEMENT OF THE PROBLEM

It is common to hear incidents of building failure/collapse in Edo states and major Nigerian cities like Lagos, Port Harcourt, Abuja, Enugu, Kaduna and Ibadan. According to Windapo and Rotimi, from a total of 91 cases of building failures/collapse in Nigeria between 1974-2010; 51.6% occurred in Lagos, 18.7% in the South Western states, 8.8% in Abuja—the Federal capital city, 6.5% in the South-South states, 5.5% in the South Eastern states, 4.4% in both the North Western and North Central states and 0% in the North Eastern states. They contended that these incidents are poor construction supervision related. Bamisile asserted that many public and privately owned buildings in Nigeria lack maintenance thus resulting in deplorable conditions of structural fabrics and ultimate structural collapse. Olorunoje noted that failure/collapse of building can be traced to the type of materials used and quality of workmanship. In Nigeria, it is generally believed that poor construction supervision, corruption, weak building legislation, poor structural design, faulty construction, use of low quality materials, hasty construction, shallow foundation and poor workmanship are the common causes of most building failures. A number of cases occur during and after the construction phase of the project.

The building collapse syndrome has taken a lot of lives and properties in the state and Nigeria as a whole due to:-

(i)            Non-professionals and quacks involved in the construction process, in the Nigerian experience;

(iv)         Absence of building code/regulations in the industry;