Lighter, more efficient electric vehicles could be made possible by the development of a new cooling technology that allows motors to be built from fibre-reinforced polymer materials. 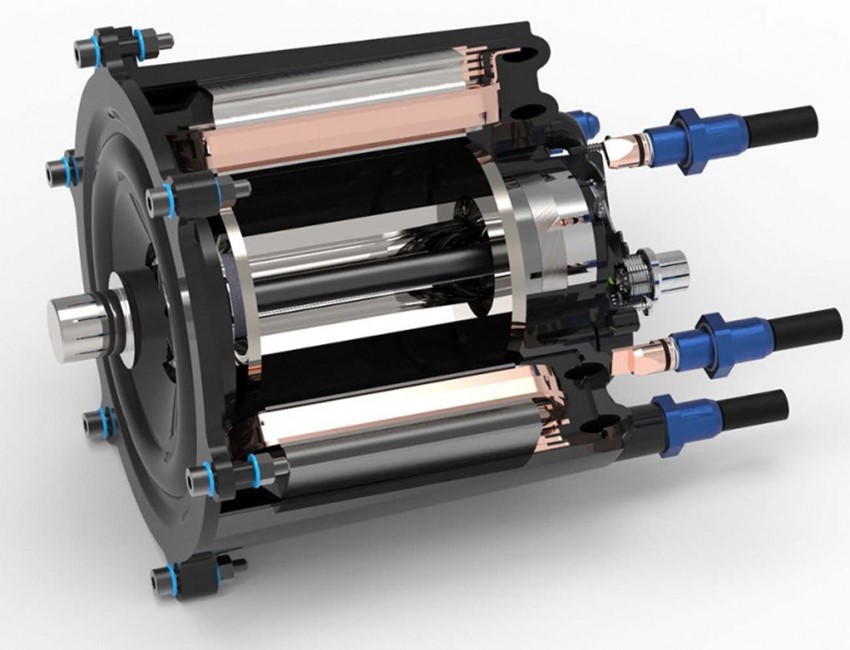 Researchers at the Fraunhofer Institute for Chemical Technology (ICT) in Pfinztal, Germany, have developed the new cooling concept, which they claim also significantly increases the power density of the motor, compared to existing state-of-the-art designs.

Although around 90 per cent of the electrical energy in a motor is converted into mechanical energy, the remaining 10 per cent is lost as heat from the copper windings within the stator.

To cool the motor down, this heat is typically conducted through metal housing to an outer sleeve containing cold water, according to Robert Maertens, a researcher atFraunhofer ICT.

However, since plastic does not conduct heat as well as metal, such a design would not be possible with a housing made of polymer materials, he said.

So instead, working with the Karlsruhe Institute of Technology, the researchers have replaced the round wire typically used for the windings with a rectangular flat wire that can be wound more tightly around the stator. This creates space for a cooling channel next to the windings themselves, he said.

“In this way the heat that is generated in the windings only has to be conducted for a very short distance of less than one millimetre through the polymer,” said Maertens. “For this reason we can use polymer materials because we are taking the heat away very close to where it is generated,” he said.

The resulting motor is lighter than existing devices, with a power-to-weight ratio of around five kilowatts per kilogram, compared to around 1.5kW/kg for conventional motors, he said.

What’s more, since a much smaller amount of material is being heated within the new design, it means the motor has lower thermal inertia as a result, said Maertens.

“You can heat up a motor – for example by accelerating very quickly – once or twice, but then since this big mass of metal is now hot, on the third attempt your motor will likely have to throttle down, because it will be getting too warm,” he said.

This is much less of a problem in the new design, meaning the motor has a higher continuous power output, he said.